The area was formerly a customs station of Bao'an County. On 31 January 1979, it became officially known as the Shekou Industrial Zone, developed solely by China Merchants Group of Hong Kong under Yuan Geng's leadership, earlier than the formation of the Shenzhen Special Economic Zone. The event is chronicled in the Chinese ballad "The Story of Spring (春天的故事)". Since the 1980s, after foreign oil majors such as Agip, Chevron, Texaco, Statoil and Shell obtained concessions for oil exploration in the South China Sea, Shekou started serving as a base for a small contingent of foreign oil platform workers, since qualified personnel were not available locally. As a result of this first mover advantage in catering for mainly western tastes in housing, food and drink, entertainment and schooling, at a time when no alternatives were available in the area, Shekou gradually became home to the majority of the expatriate population working in and around Shenzhen and part of its hinterland in the Pearl River Delta. This trend has however abated after 2003, after the country's continued economic reforms. Development of other parts of the city and substantial increase in English levels of university graduates have made life in the city proper more acceptable to many foreigners without school-age children. In 2003, the local government, seeking to capitalize on the foreign flavor of the area, invested in a complete make-over of Sea World, turning it into a western-style entertainment area centered on the grounded Minghua (明华) ship, a 14,000 ton, 168 m long vessel built in 1962 as a French ferry vessel purchased by China in 1973. It is commonly, though incorrectly, referred to by many locals as French President Charles De Gaulle's private yacht. Minghua is now completely landlocked due to extensive local land reclamation and redevelopment efforts. Shekou is undergoing a major redevelopment project, costing an excess of 60 billion RMB. This included the construction of dozens of office and residential towers (such as the China Merchants Tower), a new cruise center replacing the old ferry terminal, a number of shopping malls around Sea World and the refurbishment of numerous older buildings.
Shekou Line 2 - Shuiwan 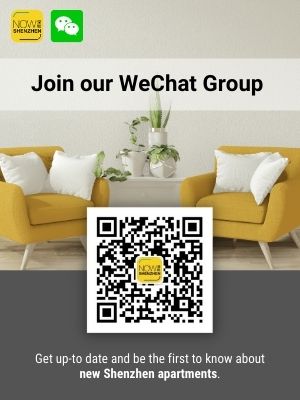